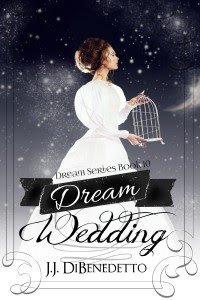 After nearly a million words written, it's time to conclude the Dream Series. Over nine books, we've followed Sara from a shy college student to a wife, mother and chief-of-staff at her hospital. And we've seen her wrestle with her supernatural gift - the ability to step into other people's dreams. Sara's faced almost every kind of challenge, but in book ten of the Dream Series, DREAM WEDDING, she's up against something every parent has to cope with: watching her children become adults and hoping she's prepared them for everything the world can throw at them.


It ought to be a joyful time for Dr. Sara Alderson. Her daughter, Lizzie, is about to graduate college, and marry her longtime boyfriend. But the family’s happiness is shattered when a drunk driver seriously injures her teenage son in a hit-and-run accident. Now, instead of planning her daughter’s wedding, Sara must fight to save her son’s life. And when she discovers who the drunk driver was – someone she thought was a colleague and a friend – she has to fight her desire for revenge. Because Sara knows she has the power to visit the driver’s dreams, and in those dreams, she holds the power of life and death. Dream Wedding is the tenth and final book of the Dream Series

DREAM WEDDING is available now at: Amazon (Kindle or Paperback) Smashwords Barnes & Noble (Nook or Paperback) Apple iBookstore Kobo   DREAM WEDDING isn't the only Dream Series book out today. There's also DREAM FRAGMENTS - a collection of short stories filling in some of the gaps between books in the series... 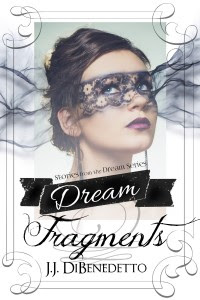 The novels don’t tell the whole story! Readers of the Dream Series know that Sara and her family have a very busy life outside the pages of the ten Dream Series books, and here’s your chance to peek into it. Twelve stories are included in this collection, and you’ll discover what happened on Sara’s final Spring Break of college; Lizzie’s first day of school; Betty and Howard’s first trip out of the country; and much more!

Amazon (Kindle or Paperback) Smashwords Barnes & Noble (Nook or Paperback) Apple iBookstore   All nine previous Dream Series books are available on Amazon, and the first eight novels as well as a short story are available as Audible Audiobooks, too!
Posted by Christi Williams at 12:30 AM