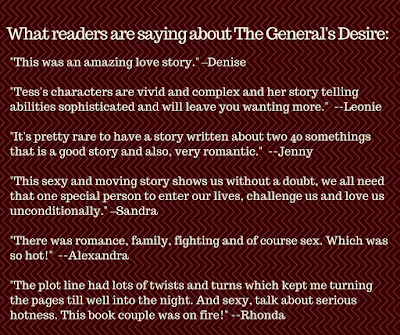 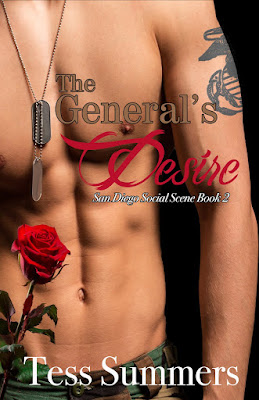 When it comes to Ron Thompson– his career, the Marines under his command, his women – he’s in charge. Period. The sooner Brenna Roberts realizes that, the better.
Ron
I’m a decorated Marine general who doesn’t have time for relationships. I’ve tried –they just don’t work out—and I’ve never lost sleep over it. Then I meet her. Brenna is easily the most beautiful woman I’ve ever laid eyes on. The first time she blushes under my stare, it’s game over. She’s going to need to learn that I’m in charge and trust that I always mean what I say, because I’m not letting her go.
Brenna
When Ron offers me a drink at the Sterling’s wedding reception, I have no idea that he’s a military star on the rise; I just know he’s the walking definition of masculine—that translates in the bedroom (and couches, counters, tables…) as the best sex I’ve ever had. The more time we spend together, the more I’m convinced he’s hiding something – or someone—and I’m not going down that road again. He can say anything he wants, but actions speak louder than words.
This is Book 2 in the San Diego Social Scene series. Each book is a stand-alone with an HEA and no cheating. It is intended for mature audiences only, as there is adult content and language and situations that some may find offensive. 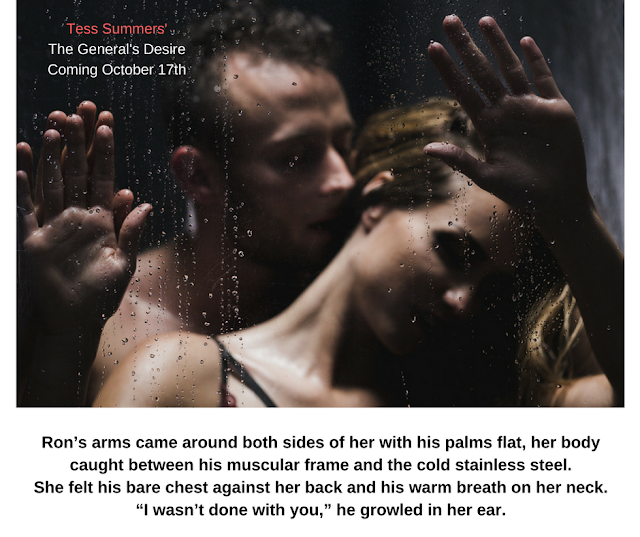 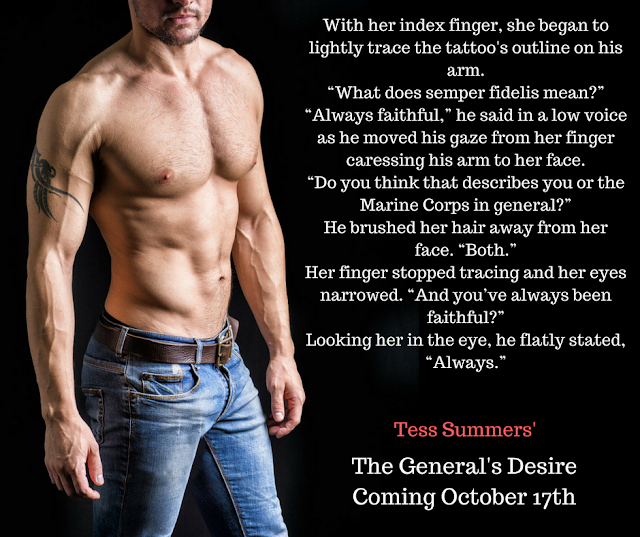 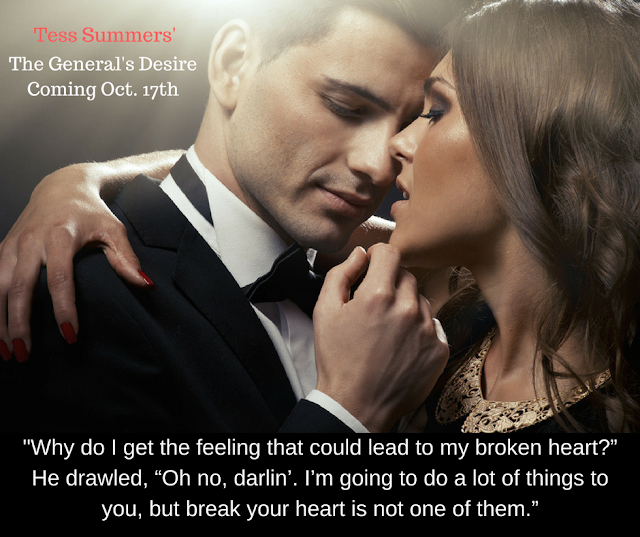 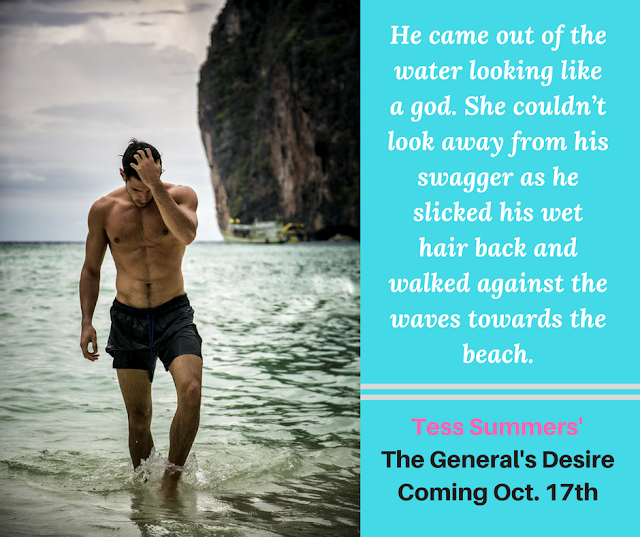 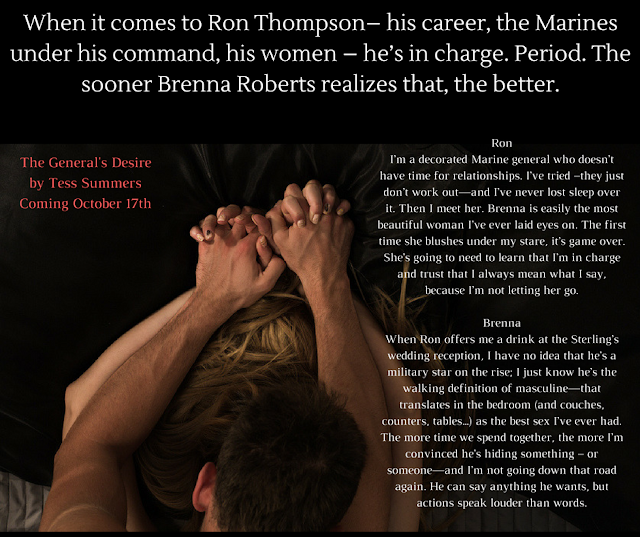 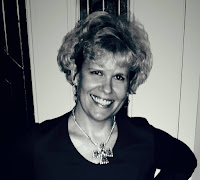 Tess Summers is a former business woman and teacher who always loved writing but never seemed to have time to sit down and write a short story, let alone a novel. Now battling MS, her life changed dramatically, and she has finally slowed down enough to start writing all the stories she’d been wanting to tell, including the fun and sexy ones!

Married over twenty-two years with three grown children, Tess is a former dog foster mom who ended up failing and adopting them instead. She and her husband (and their six dogs) split their time between the desert of Arizona and the lakes of Michigan, so she’s always in a climate that’s not too hot and not too cold, but just right! 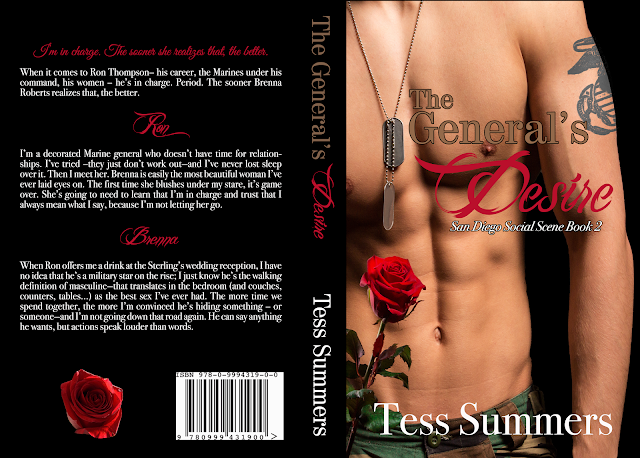 EVERY MOMENT WITH YOU

Rosa - “Oh my goodness what an emotionally beautiful love story.”

Brandy Roberts - “I can't wait to read more by J.E Parker who did a amazing job telling a story.” 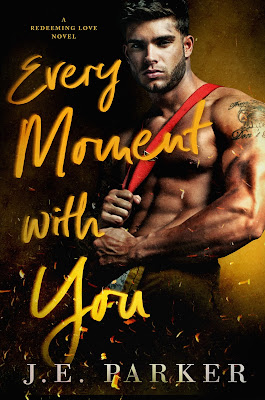 Two broken hearts. One second chance. Maddie
I've loved Hendrix Cole ever since I was a little girl.
From the moment I first saw him, I knew that one day, he'd be mine.
And he was. At least... until he threw it all away.
I gave Hendrix my heart and he shattered it into a million pieces.
I begged him not to leave. Still, he walked away.
It's been six years since I've seen him.
But now a cruel twist of fate just brought us face-to-face.
He swears he never meant to hurt me.
He begs me for another chance.
I still love him. Always have. Always will.
But can I trust him?
Losing him once almost killed me.
I won't survive if it happens again.
Hendrix
I've loved Maddie Davis ever since I was a kid.
From the moment I first saw her, I knew that one day, she'd be mine.
I was right.
Maddie gave me her heart and I gave her my ring.
But like the screw-up my father says I am, I blew it.
Before I could explain, she vanished.
Our love? Gone in the blink of an eye.
I know I hurt her and I hate myself for it.
Now she's back.
This is my chance.
I won't let her walk away.
Not again.
Maddie is mine. 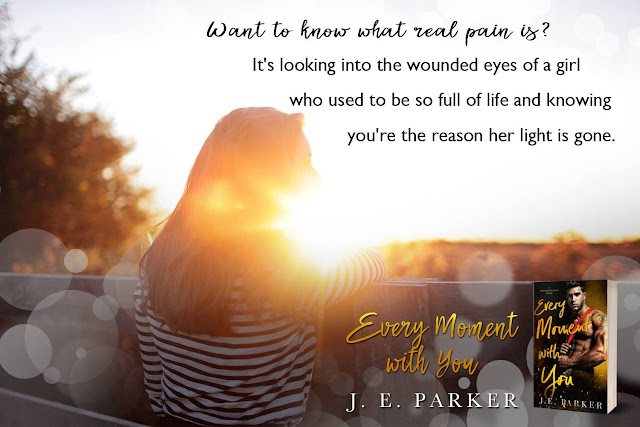 J.E. Parker is an American romance author who was born and raised in the great state of North Carolina. A southern belle at heart, she’s addicted to sweet tea, Cheerwine, and peach cobbler. Not only is J.E. married to the man of her dreams (albeit a total pain in the rear), she’s also the mother of a herd of sweet (sometimes), and angelic (only when they’re sleeping) children. Despite their occasional demonic behavior and bottomless stomachs, J.E. loves her little tribe more than words could ever express. On the weekends, you can find her sitting on the couch, cheering on (or cursing) her favorite football team, stuffing her face with junk food, and guzzling a bottle of cheap red wine. When she’s not busy making sure her husband doesn’t burn the house down or acting as a referee for her fighting children, J.E. enjoys reading, writing (obviously), and listening to a wide variety of music. 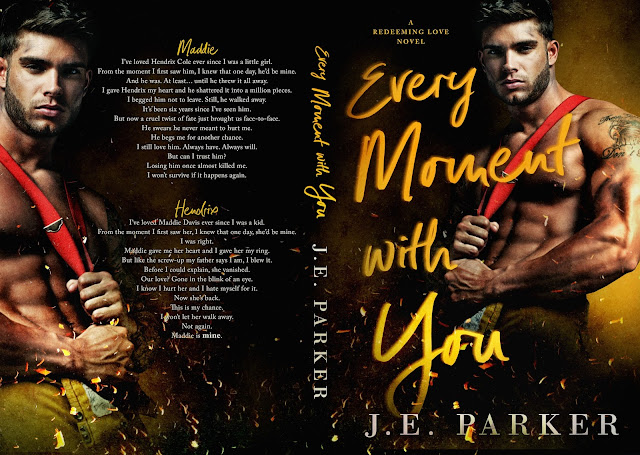